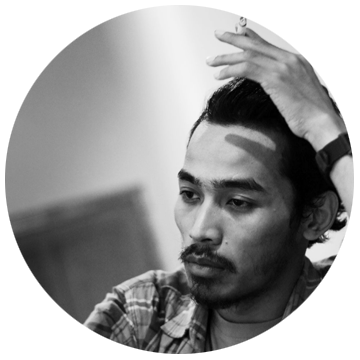 is an independent photographer based in Yogyakarta, Indonesia. He got his first own camera in 2005 whilst studying visual journalism. Much later his photographic education spanned in Yogyakarta following his passion of fine art photography.