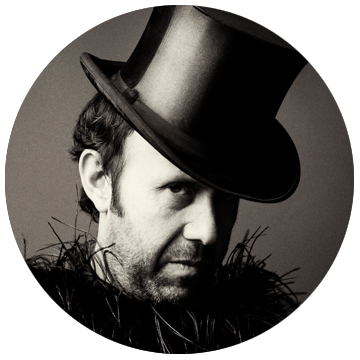 Fabio Borquez’s female nude photography has been exhibited in museums and art galleries worldwide. However, despite having been published in world-renowned magazines such as Playboy and GQ, Borquez’s intention is not to put the nude on display. He discovers his models during photo shoots and castings, or even out on the street. More than just mere objects in front of the camera, his models unveil their characters in their unrehearsed poses and the look in their eyes. The triumph of femininity coupled to a total confidence in the photographer is what makes these “victresses”, a term coined by the artist himself, seem at ease and passionate at the same time. Although some of them might have only just met him they believe in his ability to capture the best in them. In the relaxed surrounding of the photo shoot the models give away their intimate look, a genuine expression of their individuality. Borquez insists that the models do not show their bodies but themselves. Once they have discarded their clothes they are able to freely move around with a challenging look on their face that says “I am here”. When talking about his nude photography, the artist refers to historical examples in art. The female nude has been depicted as far back as in ancient Egypt, Greece and Rome and at no time were they reduced to their sexuality. Who would even think of calling Rembrandt’s beauties or the Venus de Milo sexual objects? There are times when Fabio Borquez also reflects classic themes, particularly when he leaves the studio in order to work in private surroundings, hotels or outdoors, often under the same technical conditions. Born in 1964 in Argentina, Fabio Borquez studied art, photography and architecture in Buenos Aires. Various scholarships took him to India, Columbia and Germany. He met his German wife at Miami Beach, where he told her after just five minutes that he would marry her. She was the reason he waived goodbye to his accustomed life in order to follow her to Germany, where he has been living near Düsseldorf since 2001.