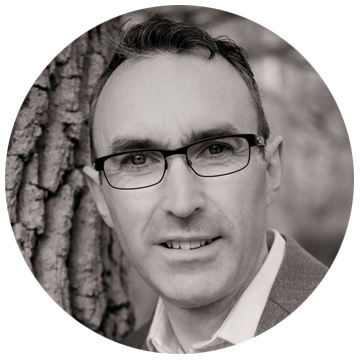 He co-founded the Sylva Foundation in 2009, and has since led the charity as its Chief Executive. He is also a founding trustee of Fund4Trees, while former voluntary positions include trustee of Woodland Heritage, and Secretary of the British & Irish Hardwoods Improvement Programme.

A fellow of the Institute of Chartered Foresters, Gabriel has written more than 80 technical articles and worked widely in collaborative science programmes, ranging from genetic tree improvement to silvo-poultry research. He created a centre dedicated to hardwood research at Paradise Wood in Oxfordshire, planting many tens of thousands of trees. Gabriel played a key role in Our Forests, working with six other leading environmental campaigners, to save England’s public forests from government disposal.

Gabriel writes a top-ranking forestry blog www.GabrielHemery.com and his award-winning book, The New Sylva, was published by Bloomsbury in 2014. He is a keen amateur photographer of trees and forests, which he features in a dedicated website: