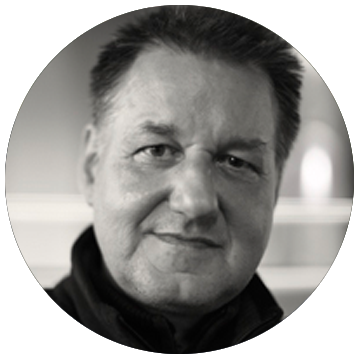 was born in 1962 in Rietberg. He lives in Düsseldorf, Germany and works as a freelance photographer since 1993. His photographic focus includes the conception and realization of photo projects for companies, exhibitions and publications.
Both, his free and applied works are presented as a series in numerous exhibitions, as well as in various publications to the public. His work have been multiple awarded. From 1988 to 1993, he studied Visual Communication in the department of photo/film design at the University of Applied Sciences in Bielefeld, Germany. 1995 to 1999 he taught in the department of art at the University of Paderborn. Herbert’s work demonstrate his photographic attitude, based on his very individual picture language and always following a strong concept. He looks in quiet and highly concentrated approaches to the motif, and works as photographer with a passion.