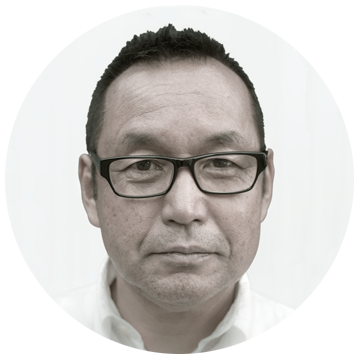 was born in Sapporo, Japan. He graduated from Department of Photography, College of Art, at Nihon University in 1975. He moved to Los Angeles after graduation and became involved in the production of TV commercials for Japan. He later established his own production company and produced numerous commercials. He received an MBA degree from UCLA Business School in 1993. In 1995 his passion for photography rekindled, and since then he has traveled worldwide extensively, photographing what he finds intriguing at that moment and place. In 2000 he closed the production company in order to devote himself entirely to the art and became a full time photographer.