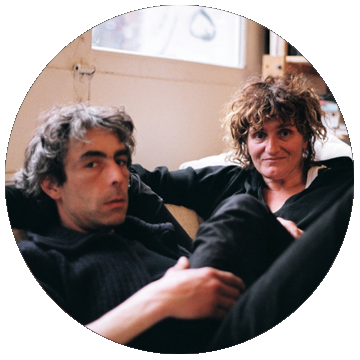 Born in Algeria, Marie-Reine Mattera grew up in France and settled in Quebec in 1992. A professional photographer, she has worked for publications such as Libération, L’Express, L’Actualité, Voir and Elle Québec. Illustrious characters paraded in front of her camera such as Bernard-Henry Levy, Robert Lepage and Claude Léveillée. It is through her lense that she captures intuitively the very essence of her subjects and the translucent vitality of the landscapes. She discerns a space rather than a frame, an emotion rather than an apriori, she reveals herself to be a photographer of the snapshot. Being tirelessly occupied by an aesthetic quest, photography for Marie-Reine Mattera is not just a craft but a way of life.

Born in France, Emmanuel Joly began his career in Montreal in 1985 as a fashion photographer for magazines such as Elle Québec, Clin d’oeil … Back in France, he is passionate about “the man at work” and puts his talent at the service of institutions … His sense of adventure, both on the field and in his aestheticism, leads him quite naturally towards the corporate and travel reportage. He created image banks for the Port of Montreal, the Michelin Green Guide, the Old Port of Montreal Corporation … His artistic career developed alongside his commercial career with exhibitions in Montreal, the Spring Fair, Galerie SAS including Doréa, a project realized with Marie-Reine Mattera, under the name of Mattera-Joly and, in Paris, at The Gallery Aléa.