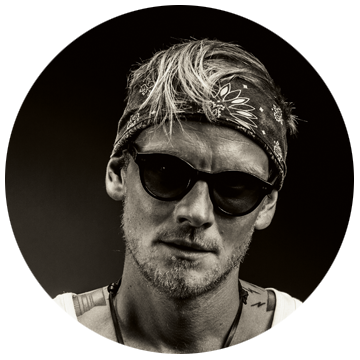 was born on 14 April 1978 in Heidelberg, Germany, and grew up in the Black Forest. As a twenty-year-old, he was already earning a living as a music producer in Freiburg. After winning the Red Bull Music Academy New York,  he discovered his passion for photog­raphy. After experimenting initially with a small Lumix digital camera in 2007, he taught himself the skills and became aware of the scope of the photographic art form, showing a great deal of discipline. He has been keeping a highly popular photo blog since 2008, and running a gallery for photography and modern art in Berlin since 2012. One focus is portraits (including those of Karl Lagerfeld and Eva Padberg) as well as photo shoots for GQ, New York Times, Rolling Stones Magazine, Universal, Sony Music, Adidas Originals and many more.

***On Friday, 19th August 2016, shortly before the publication of  his new book Born Wild in Berlin Oliver Rath sadly and unexpectedly passed away. He was such a gifted artist and photographer; his art unique and inimitable. His cheerful nature coupled with his positive energy always made working with him a joyful experience. He will be missed.***