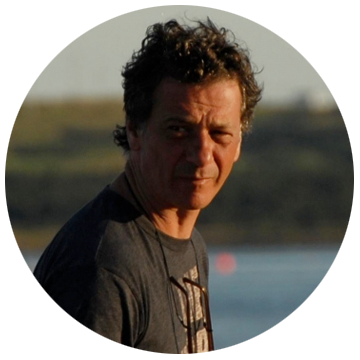 World-renowned photographer Pierre Choinière has immortalised widely acclaimed advertising campaigns snapshots for fashion powerhouses Chrisitian Dior, Charles Jourdan and Chevignon, to name only a select few. Following his apprenticeship at the School of Modern Photography in Manhattan, notably studying under Yousuf Karsh, he very rapidly established a foothold as a photographer in Montreal. A pioneer in Quebec fashion photography, Choinière is among the first photographers to have worked for Clin d’œil and Elle Québec. After moving to Paris in 1988, he became a household name in fashion advertising photography, working with the likes of Issey Miyake, Jean-Paul Gaultier, and Carole Bouquet. Pierre Choinière resides in Montreal, Quebec where he owns a gallery and pursues his ongoing personal photojournalistic projects via his travels in Marocco, Mongolia and throughout the world.

If you want to know more about Pierre and his work, go and check out his website
www.pierrechoiniere.com