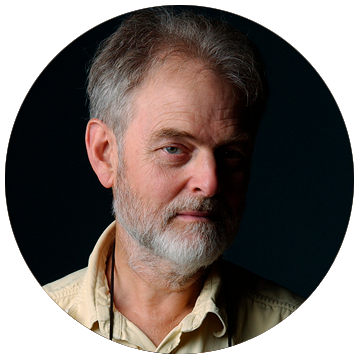 I have been an enthusiastic naturalist ever since I can remember, but my interest in photography did not really develop until my early twenties. Then after studying the art and science of photography for three years at the University of Westminster under the late Professor Margaret Harker, I merged my two interests to embark on a career of nature photography.
With this in mind, in the early 1970’s having spent some years exploring conventional nature photography, I set out to do something totally new — to photograph insects on the wing. Flight, after all is what has made insects the most successful group of terrestrial animals on earth, yet photographs of them actually flying did not exist!
Until then, there was no technique capable of stopping an insect with absolute clarity in free flight. At this time digital photography was decades away, film speeds (for quality results) were limited to ISO 25—32, flash units were restricted to about one thousandth second—far too slow for stopping insects, or birds for that matter. Perhaps the most frustrating photographic hurdle was the excruciating long waiting times to assess results on film—up to a week!
It was the solution of these problems that became my overriding obsession. Two years of experimentation resulted in perfecting techniques and specialised equipment for achieving my ambition, allowing me to capture animal movements that were far too rapid to be seen by the human eye, and ones never observed in such detail before. Since that breakthrough I have worked not only with insects but with other wildlife including birds, bats, frogs and even striking snakes.
My approach to my work is generally down to earth, but with the object of expressing the beauty and fascination of the smaller creatures. It is sad that ’bugs’ are not loved by the public in the same way as our fur and feathered friends are, yet they play a far more significant role in maintaining life on earth.
As well as writing about fifteen books, two of which were about woodlands and the wildlife and plants that can be found within, I have held exhibitions in England and in Europe, the most latest being at the very popular Montier Festival in France. Over the years I have been given several awards the most recent being the Fritz Steiniger Prize from GDT.
One of my photographs of a flying insect, not one I am very proud of, was selected to board NASA’s Voyagers 1 and 2 spacecraft as part of records conveying something of the science and culture of mankind to possible extra-terrestrial beings. The image is expected to last over a billion years, long after life on earth has expired, and earth itself!
Voyager 1 is now some 20,000,000,000 KM away, having left the solar system and entered interstellar space— quite remarkable for 1960’s-70’s technology. http://voyager.jpl.nasa.gov/