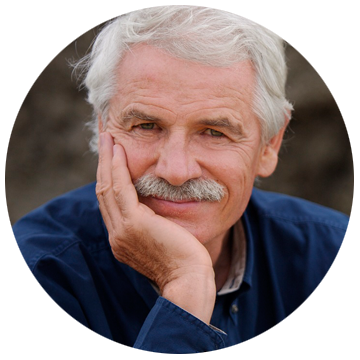 is a French photographer, journalist, reporter and environmentalist. He is the President of the GoodPlanet Foundation which he created in 2005. He started his career shooting lions in the Masai Mara in Kenya in the 1980’s whilst studying their behaviour. Upon his return to France, he released his first book “Lions” and created Altitude Agency, the world’s first press agency and image bank specialising in aerial photography. In 1994 he started a thorough study on the state of the Earth sponsored by UNESCO. As part of the study, he made a picture inventory of the world’s most beautiful landscapes, taken from helicopters and hot-air balloons. The book from this project, Earth from Above (‘la Terre vue du ciel’ ) sold over 3 million copies and was translated into 24 languages. Following from this success, he took to the air again and released his first movie, “Home” produced by Luc Besson. “Home” has now been seen by 600 million people around the globe.

Considered an environmentalist as much as a photographer, he became a goodwill ambassador for the United Nation’s Environment Program in 2009. In 2012, he started shooting his new film “Human” to be released in 2015. At the crossroads of “Home” and the project “7 billion others”, “Human” is a mix of interviews of people of all conditions and backgrounds living in 45 different countries, and aerial images sought throughout the world.